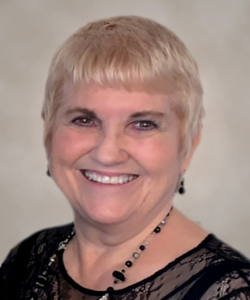 Linda Thurman is an author, speaker, and executive director of Movie Poster Archives, a nonprofit dedicated to the preservation of film accessories: posters, stills and related papers. Now retired, she was president and co-founder of Emerald Bayou Studios. Linda is the author of Hollywood South: Glamour, Gumbo, and Greed (Pelican Publishing). Her eclectic career includes film, television, theater, music, and publishing.

She held positions at United Artists, Norman Lear’s Act III Productions, and HBO Pictures. Linda was Managing Editor of the Hollywood Creative Directory where she initiated and supervised the launch of HCD Online in 1994, the first year of explosive growth for the World Wide Web. The company was purchased by iFilm.com in 2000.

She currently serves on the Board of Directors of the New Orleans Entertainment Coalition and the board of advisors of the Louisiana Center for Women in Government and Business and the Louisiana Girls Leadership Academy. Linda was a founding member of the Academy of Television Arts and Sciences (Emmys) Interactive Media Peer Group and served on the Digital Coast Roundtable (appointed by the Mayor of Los Angeles). She has also served on the boards of the Association of Internet Professionals, the Louisiana Center for Workforce Recovery, New Orleans Video Access Center, and on the E-Commerce Advisory Committee for California State University Dominguez Hills, and the Internet Neutrality Task Force for the U.S. League of Women Voters.

Linda’s talent for combining art and technology surfaced early in her career as a theatrical lighting designer in New York. Her credits include John Sayles’ Turnbuckle with David Straithairn; Village Wooing with Rip Torn; and Spider Rabbit with Taylor Meade of the Andy Warhol Studio. Also in New York, Linda directed the play But Can A Woman Alone which was selected for presentation at the prestigious Womyn’s Theater Festival in Boston.

Throughout her career, Linda has worked closely with high-profile personalities. A few of her more than 200 films are Fried Green Tomatoes with Jessica Tandy and Kathy Bates, Sweet Dreams with Jessica Lange, and the original cult classic, The Hitcher with Rutger Hauer. Her experience in the music industry led her to join Cindi Lauper, Michael Bolton, Mike Stoller, and Diane Warren in the American delegation to the Songwriters Summit in Moscow in 1988.

A native of Louisiana, Linda attended Southeastern Louisiana University majoring in music. While at SELU, she starred in numerous theatrical productions, including the southern premier of The Good Soldier Schweik, performing the four major female roles. Later, she moved to New Orleans to work on the production staff at the Repertory Theater New Orleans. While in the Crescent City, Linda was a staff producer at NOVAC (New Orleans Video Access Center) where she negotiated the organization’s first distribution deal with the City of New Orleans. This deal also created one of the first distribution systems putting TV monitors in locations to screen product.

Linda was the 2003 honoree for the Tom Bigler Endowed Chair in Media at Wilkes University.

Her articles have appeared in the NATPE News, the Los Angeles Voter, and Woman Spirit Magazine. She has been quoted in the Los Angeles Times, the Hollywood Reporter, and numerous New Media publications.